The Role of Dietary Lectins in Health and Disease 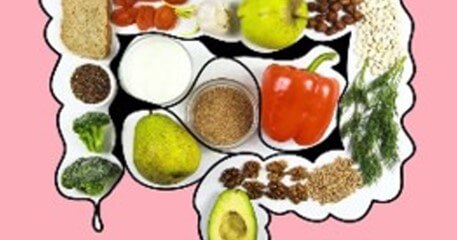 GI Inflammation is a Precursor to Chronic Disease

This balance of gut bacteria requires fiber from plants to feed on in order to thrive and to secrete a mucous protection layer of short chain fatty acids (SCFA). With a healthy population of bacteria, cells of the gut lining are healthy, and the tiny microvilli on the top of each cell are intact so that they can effectively absorb nutrients.

When the diet does not contain appropriate amounts of prebiotics, or feeding material for healthy gut bacteria, the gut will become imbalanced and a “dysbiosis” will result. Gut dysbiosis leads to a number of serious health issues that plague our nation. For instance, one third of world’s population, or 2.1 billion people are overweight or obese1. Obesity contributes to the underlying cause of most disease, which is inflammation. Inflammation, in  turn, the precursor to disease manifestation. Sadly, inflammation-related conditions are increasing at an ravenous rate in our society.2

Lectins are Gut Disruptors that Lead to GI Inflammation

Gut disruptors cause micro-tears in the gut that allows a portal of entry of foot particulates in our system in a process called “leaky gut”. As a result of leaky gut, the body launches a systemic defense against leaked food particles and a process called “an auto-immune reaction” occurs.

Lectins are found in large quantities in grains, legumes (peanuts, beans, lentils), and certain fruits and vegetables. Lectins are proteins created by the plant kingdom as an evolutionary detractor against being eaten by the animal kingdom. These proteins create an inflammatory response in the predator that consumes them.

Lectins are large proteins that bind to carbohydrates (sugars), especially polysaccharides, in the animal’s body. These carbohydrate particles are on the surface of cells and disrupt messaging between cells by creating a toxic or inflammatory response. Humans and animals who consume a lot of foods that are high in lectins can develop inflammation related conditions which can cause achy joints, irritable bowel, fatigue, brain fog, and dermatological reactions like acne and eczema.

Furthermore, consuming lectins can affect our immune system adversely and make us more susceptible to pathogens.  In his book, The Plant Paradox, Dr. Steven Gundry says that, “Lectins facilitate the attachment and binding of viruses and bacteria to their intended targets…. Some people – those who are more sensitive to lectins – are therefore more subject to viruses and bacterial infections than others3.”

Lectins can affect our weight. Gluten related lectins bear a resemblance to the hormone called insulin. Insulin is what mobilizes our body to burn sugar for energy. Because lectins mimic insulin, it binds to the insulin receptor sites on cells, thereby blocking the action of insulin. As a result, we can suffer from poor energy utilization. Sugar is shunted into fat cells, which creates insulin resistance, a precursor to diabetes.

Foods in our diet that are high in lectins include:

** Legumes can be eaten in small quantities if they are soaked for 24 hours, the water is disposed of, and they are then pressured cooked. Heat by pressure cooking decreases lectins considerably. Salt or vinegar can be added to water used to pre soak to speed up the soaking proscess. Eden brand beans makes canned beans that are pre-pressure cooked.

For a more comprehensive list of foods and cooking tips, please refer to Dr. Gundry’s book, The Plant Paradox.

If animal protein is going to be consumed, it should be ensured that the animal did not consume corn or soy (a grain based diet). Lectins can be consumed through the animal that may have consumed them. Farm animals are fed grains to slow their metabolism and to rapidly increase fat. Ruminant animals, including pigs, are often given grains (and corn) feed for this purpose.