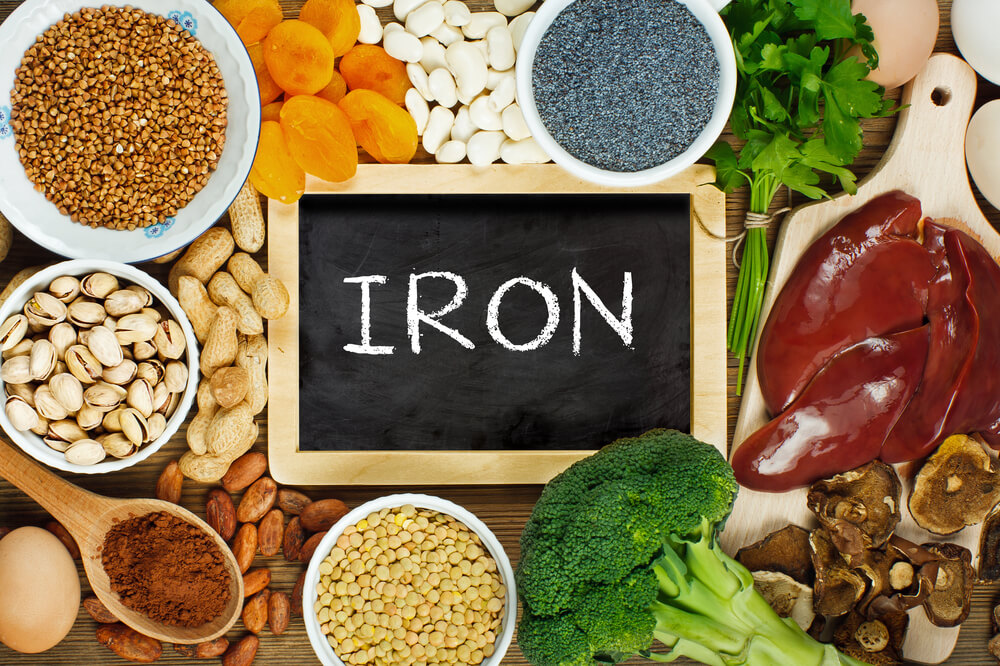 Iron deficiency in babies is a somewhat controversial topic in pediatrics. Breastmilk is relatively low in iron, so breastfed babies are more likely to have “iron deficiency anemia” than their formula-fed counterparts. It is for this reason that iron-fortified cereals have often been recommended in general as first foods at the 4-6 month mark, when iron stores tend to go down. However, this seems to defy the principle of breastmilk being a “perfect food” for a baby, as this implies that breastmilk is “deficient” in iron. The American Academy of Pediatrics (AAP) recommends that a child between 6-12 months old get 11mg of iron per day, which is quite difficult to get from unfortified solid food. It is thought by some that actually breastfed babies might need less iron per day either because it is more bioavailable in breastmilk or that perhaps being mildly “iron deficient” is actually protective. There is no definitive answer to this question; however, we do know that iron deficiency is associated with poor growth and development, so we believe that attention and gentle intervention in a baby with iron deficiency anemia outweighs any potential risks.

The next step would be to add iron-fortified cereal or oatmeal. This is generally well-tolerated by babies and a serving usually contains about 5mg of iron.

We generally recommend oatmeal over rice cereals because of concern of heavy metals in rice.

Step 3: Talk to the Pediatrician About Iron Supplementation

The next step is to consider iron supplementation. This is also generally well-tolerated; however, one should monitor for constipation, as this can potentially be a side effect of supplementation.